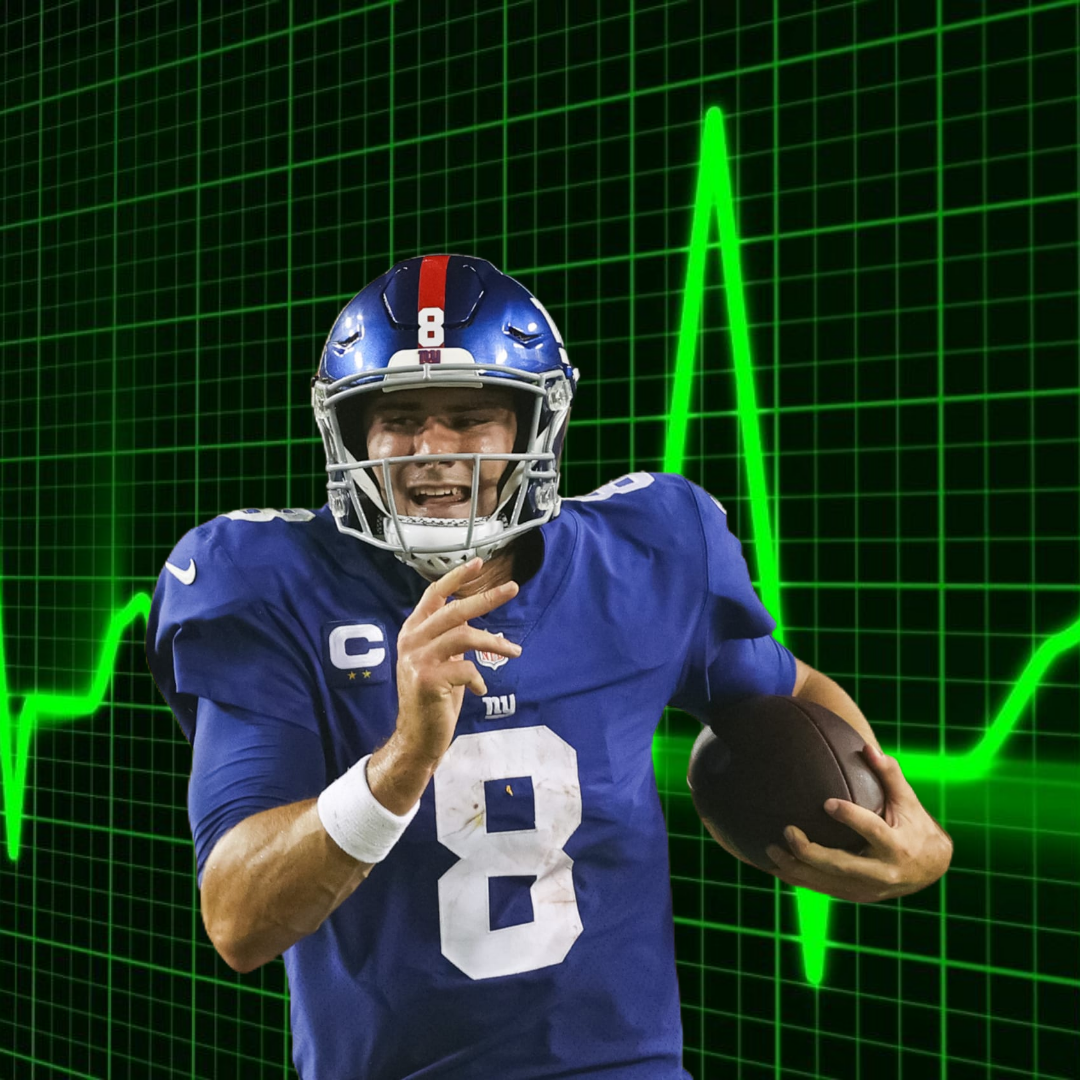 As the NFL season trudges along into Week 6, the injuries continue to pile up and Week 5 left some very high profile players in its wake. There is a laundry list of new injuries to cover, so let’s get right to it. Be sure to stay tuned to this article as we’ll update the injury report with new information heading into the weekend.

QB Russell Wilson, Seattle Seahawks – If you watched the Thursday night game, you likely saw the play where Wilson injured his finger on the arm of QB reaper Aaron Donald. You also saw the stomach turning aftermath of said injury where Wilson’s finger was dislocated. It was popped back in shortly but for the rest of the game, Wilson’s ability to grip the football was compromised, and it led to the reacquainting of longtime backup Geno Smith. Wilson was initially thought to have a 6-8 week recovery period but new reports say that he is aiming for a Week 10 return against the Green Bay Packers.

Whatever the case is, Wilson owners will be without the QB1 for a while. As for his backup Geno Smith, who outside of a late game interception against the Rams was very serviceable, he is not a terrible choice as a bye week filler. If you are in more shallow leagues, you can probably find better options. The value of the receiving weapons like DK Metcalf and Tyler Lockett should still be started every week every week, but temper your expectations for them as the Seahawks could choose to use a more run oriented attack while Wilson heals.

QB Tom Brady, Tampa Bay Buccaneers – Brady picked up a thumb injury during the teams 45-17 thrashing of the Dolphins but he still threw for 411 yards and five Touchdowns. He will play on Thursday against the Eagles.

QB Daniel Jones, New York Giants – Jones took a helmet to helmet hit during Sunday’s loss to the Cowboys and was later ruled out with a concussion. Jones will now have to enter league protocol before being cleared to play while Mike Glennon will take his place. Ouch. Stay tuned for more injuries to Big Blue in this column.

QB Justin Fields, Chicago Bears – Fields got his first career NFL win on Sunday, but sustained a knee injury in the process. It turned out to be nothing more than a hyperextension, and he should be fine for next weekend

QB Joe Burrow, Cincinnati Bengals – Burrow was taken to the hospital after suffering a throat contusion against the Packers. I didn’t even know that was possible but you learn something new every day. The good news is that he didn’t require a long stay and is now out of the hospital and on track to resume his normal activity in time for this coming Sunday.

QB Trey Lance, San Francisco 49ers – Besides an interception and a handful of sacks, Lance had an solid performance in his first career start, throwing for 192 yards and rushing for 89 more. However a knee sprain ended his day and the 49ers upcoming bye might not be enough time for him to heal for the teams clash with the Colts on October 24th. Should he be healthy though, he will make an excellent starting choice as a QB1 against a Colts defense that was victimized on a career night by Lamar Jackson.

RB Saquon Barkley, New York Giants – Barkley suffered and ankle injury and left Sunday’s loss to the Cowboys with a single digit in the rush column (9 yards.) While the ankle injury is “low-grade” and does not sound too serious, Barkley is still likely to miss somewhere between 2-3 weeks. In his place, Devontae Booker will handle lead back duties. Booker will be a mid-level RB2 or flex because of how compromised the Giants offense is and so many players being out.

RB Clyde Edwards-Helaire, Kansas City Chiefs – The Chiefs were all over the place against the Bills and not in a good way. Now they are down their starting runningback in CEH to a knee injury and judging by his frustration after his injury, it looks like one that will be a multi-weeker. Look for Jerick Mckinnon and Darrel Williams to split carries if he’s out multiple games.

Update: The Chiefs have placed Clyde Edwards-Helaire on injured reserve and he will miss the next three games at minimum.

RB Damien Harris, New England Patriots – Harris is dealing with chest and rib injuries sustained against the Texans. The team listed him as day to day and he will likely be a limited participant in practice this week. Keep tabs on his status and look for the tandem of Rhamondre Stevenson (a healthy scratch for several weeks) and Brandon Bolden to divvy up the carries should Harris have to miss any time.

WR Juju Smith-Schuster, Pittsburgh Steelers – Schuster suffered a shoulder injury on a WR reverse and did not return. After an MRI, it was determined that he would need season-ending surgery. It could also very well be the last game he plays with the Black and Gold. Schuster has seen his productivity drop to barely being a WR3 over the last few years with the emergence of Diontae Johnson and Chase Claypool. Look for the two to take turns being Ben Roethlisberger’s top target and each will have high end WR2 for the remainder of the season.

WR Kenny Golladay, New York Giants – Golladay did not return after leaving Sunday’s loss to the Cowboys with an ankle injury. He was only targeted three times and did not record a reception. With him now being slated to miss time, he is shaping up to be one of the seasons biggest free agent disappointments, as he only has one 100 yard game and has yet to find the end zone.

Update: Kenny Golladay (knee) has been ruled OUT for Week 6

WR Quintez Cepheus, Detroit Lions – Cepheus had been having a nice start to the season, recording 15 catches for 201 yards, 2 Touchdowns and becoming something of a security blanket for Jared Goff. Now he looks slated to miss the rest of the season with what looks to be a broken collarbone. With his injury, it could be Amon-Ra St. Brown time in Motown.

WR Sammy Watkins, Baltimore Ravens – I hate to say it (no I really do) but I knew Watkins would appear on a teams injury report sooner or later. He left the Ravens Monday night comeback win over the Colts with a hamstring injury and did not return. It could be bad timing too, as first round pick Rashod Bateman is due back any day from a groin injury and could begin to eat into Watkins playtime.

TE Travis Kelce, Kansas City Chiefs – Kelce took a big shot towards the end of the drubbing by the Bills and it was announced that he had a stinger after the game. He seemed to be ok but he could be limited in practice this week and might even get a “Questionable” tag. With the Chiefs surprisingly in the AFC West basement through five weeks, I would feel good about him playing on Sunday.

TE Maxx Williams, Arizona Cardinals – Williams was carted off the field during Sunday’s win against the 49ers with a serious knee injury that is potentially season ending. His injury will probably invite the Cardinals to use more four receiver sets which will allow Rondale Moore, AJ Green and Christian Kirk to see more targets, in that order.

TE Dallas Goedert, Philadelphia Eagles – Goedert was placed on the reserve/COVID list on Monday which casts serious doubt for Thursday nights showdown with the world champion Buccaneers. Zach Ertz will be thrust again into a prominent role and could be a sneaky play against a Buccaneers secondary that has been hashed repeatedly and is now missing stud Linebacker Lavonte David.

WR Tyreek Hill, Kansas City Chiefs – Travis Kelce and CEH weren’t the only players to come out of Week 5’s Sunday Night Football game with injuries as the Chiefs star wide receiver is also dealing with a quad contusion. Hill hasn’t been able to practice Wednesday or Thursday, putting his Week 6 availability in doubt.

WR Curtis Samuel, Washington Football Team – That pesky groin injury just won’t go away. Samuel left Week 5’s game with another groin injury after returning from IR after dealing with a groin injury to start the season. Now considered “week to week”, Samuel’s lack of practice may reopen the door for Dyami Brown and Cam Sims to become fantasy relevant in his absense.

TE T.J. Hockenson, Detroit Lions – Hockenson was able to return to practice Thursday after dealing with a knee injury. The Lions can’t afford to not have him on the field now that their wide receiver corp is on the barren side of things. Continue to monitor Hock’s progress as we get closer to Week 6’s Sunday games.

RB Nick Chubb, Cleveland Browns – Chubb won’t be available for Week 6 as he has been dealing with a calf injury and was unable to practice all week heading into the weekend. With Chubb ruled OUT, Kareem Hunt will step in to a full-time role against the Arizona Cardinals.

RB Christian McCaffrey, Carolina Panthers – It wasnt bad already then it’s about to get worse. CMC suffered a setback during Thursday’s practice while working his way back from a hamstring injury and not only will he be OUT for Week 6 but he lands on the IR list and will miss the next three games.

WR Jarvis Landry, Cleveland Browns – Landry, who’s been on IR with a knee injury, is slated to make his way back to the team. While he was a long-shot to play in Week 6, Landry’s return to the Browns is a good sign for his recovery.

WR Mike Williams, Los Angeles Chargers – Williams has been dealing with a knee issue all week which has forced him out of practice. Reports have stated that Williams was dealing with swelling in the knee and could be a true game-time decision for Week 6 against the Baltimore Ravens.

RB Chris Carson, Seattle Seahawks – Carson (neck) was unable to practice this week and because of the lingering issue with his neck, the Seahawks placed the running back on IR forcing him to miss at least the next three games. Alex Collins will start in his place.

WR Terry McLaurin, Washington Football Team – McLaurin popped up on the injury report Friday with a DNP after sustaining a hamstring injury during practice but he’s reportedly “feeling good” heading into Sunday. The WFT takes on the Kansas City Chiefs for Week 6.