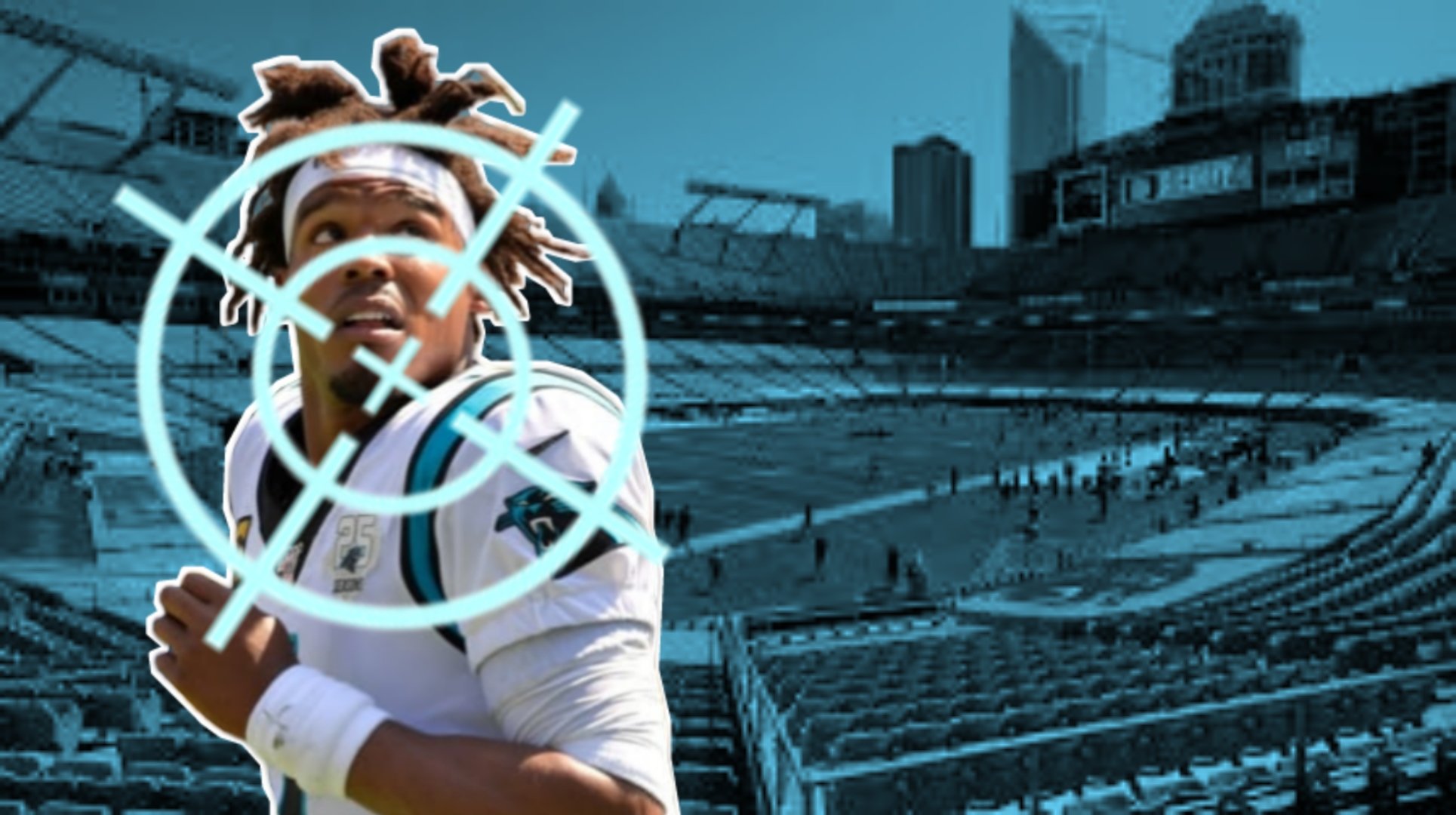 What do you need in order to make the fantasy playoffs? Whatever your answer is, that answer may lie on the waiver wire. I understand that playing somebody off waivers at this point in the season will generally not inspire a ton of confidence, however many of the top players at their position on the week are not on rosters. This means that the strategic opportunity to gamble on a player to win you a week is right in front of you.

At this point, if you’re holding on to players for their keeper value that makes sense holding onto a disappointing or hurt player for the rest of the season. If you’re in a full redraft league, it is time to empty the tank and drop any dead weight that could be replaced with a week winning rental player that gets you that much closer to the playoffs. Let’s take a look at who you should be targeting this week:

Cam Newton has come back to fantasy football with a vengeance. He did not get nearly as much opportunity against the Cardinals where he only had 8 passing yards, but had a few rushing attempts and two total touchdowns. This week against Washington, Cam was still not incredibly impressive through the air, but he passed for two more touchdowns. He also had 10 rushing attempts for 46 yards and a rushing touchdown.

Newton is not a must-start at the position if you have a better option, but dumping the ball off to Christian McCaffery and his rushing upside should keep him close to relevant with the other QB1s. He becomes a must-start however in 2 QB leagues. Granted not all matchups will be as juicy as the Washington Football team has been this year, but as he gets more comfortable in the offense I would raise the bar for Cam over the next few weeks.

Is Marquez Valdes-Scantling (MVS) more of a dart throw? Absolutely he is. He is much more reliable however with a player such as Allen Lazard out of the lineup. This last week against the Vikings he led the team with 10 targets. MVS truly has the ability to provide with a week-winning playoff one target. If he continues to see 8-10 targets without Lazard in the lineup, his floor increases pretty drastically. Unless you’re just so stacked on your roster there should be no reason you don’t put in a claim on MVS to at least take him away from your opponents.

He does have a matchup with the Rams next week which should be much tougher than the Vikings, however, Jalen Ramsey should be shadowing Davante Adams. This gives me confidence MVS may see his floor of targets raised to take advantage of an easier matchup. Take a look if he’s on your waiver wire, because you would hate for your opponent to play him against you and steal a win late in the season.

We have played this game with Ty Johnson before. I would only advocate playing this game with him in your lineup is if he has a clear line to a full workload. While Tevin Coleman did receive 6 touches against the Dolphins to Johnson’s 2 touches, Ty has shown the ability to be more involved in the receiving game, which is where I think his money will be made over the next few weeks.

Michael Carter suffered an injury that should sideline him for a few weeks, which is why Johnson is getting some looks this week as a flex-worthy play. Since this is not a full workload as I mentioned above I would exercise caution due to the uncertainty of his ceiling. Of other running backs on the waiver wire, Johnson’s uncertainty may be your biggest weapon heading into this week.

I put Taysom Hill in a waiver wire adds column after Jameis Winston suffered a season-ending injury. It was not Hill who got the start quarterback but rather Trevor Siemian who is starting at quarterback. I could just say “ditto” for all the reasons I mentioned about Hill before are the same. However, I will rehash some of those details again to prove why he is a priority pick-up.

Hill boasts a very similar upside to Cam Newton even though the receivers are not nearly as good as the ones on the Panthers. He will very much look to run around, over, and through other defenders to pick up those yards on the ground. Even with Alvin Kamara on this team, Hill will be the primary goal line carrier while trying to make defenses guess who is getting the ball between Kamara or Hill. I would still target Newton over Hill only because Cam is the for-sure starter, but Hill becomes a borderline top-12 option if he is named the starter.

Cedrick Wilson did not have a very impressive statline on 7 targets in week 11. However the Cowboys are on a short week and have starting wide receivers Amari Cooper and CeeDee Lamb likely out with either Covid or a concussion. If CeeDee does play I would like Wilson much less, but for anyone needing wide receiver help or a flex worthy player, Wilson is your guy.

Wilson has produced with big-play upside when given the chance. If he can operate as the cowboys number 2 receiver he may not produce like either of the starters that are out, but his floor is certainly much higher than it has been this season. The quality of a target is just as important as the volume. I believe Dak has a chance to give him both high quality and volume. That is essential when predicting production for any receiver.